Showing posts from February, 2009
Show All 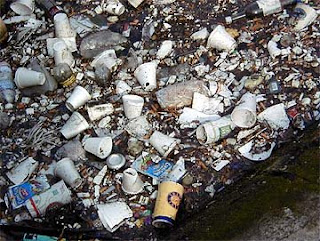 THE Consumers Association of Penang (CAP) in Malaysia wasn't very happy during the recent Thaipusam festival. Thaipusam, otherwise known as Thaipooyam is a Hindu festival celebrated mostly by the Tamil community to commemorates both the birthday of Murugan or Subramaniam, the youngest son of Shiva and Parvati and the occasion when Parvati gave Murugan a vel (spear) so he could vanquish the evil demon Soorapdman. It seemed that 630,000 and 347,000 polystyrene food and drink containers were used in Selangor and Penang respectively during the two day festival. Polystyrene is not biodegradable and it floats on water and being borne by wind, it pollutes the shores and waterways.The California Coastal Commission says polystrene is now the principal component of marine debris. CAP finds it regrettable that polystyrene was widely used when there were more recyclable, sustainable and freely obtainable alternatives such as banana leaves and environmentally friendly containers pioneered by U…
4 comments
Read more 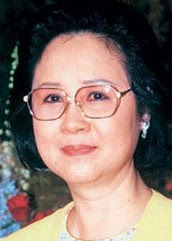 I know of a classic case where a Chinese male swooned over this English classic, the 1847 Wuthering Heights, the one and only novel written by Emily Brontë who wrote it under the pen name of Ellis Bell. Apparently, he loves the novel very much, often saying with much gusto about how passionate this story on the thwarted love between Heathcliff and Catherin Earnshaw was. Talking about passionate love stories and thwarted love, there were many in the works of a popular Taiwanese romance novelist, Chiung Yao or Qiong Yao who published her first novel at the age of 16. One doesn't have to read her books at all to be exposed to her works for many of them have been made and remade into movies and TV series since the early 60s. I remember watching former Asian Movie King, Ker Jun Hsiung playing the insensitive husband to a mute and deaf woman in the 1965 The Silent Wife on DVD and remember clearly too watching former Asian Movie Queen Chen Chen as the headstrong nurse who fell in love wi…
3 comments
Read more

There was this BBC report recently on a child prodigy from Singapore, nine-year-old Lim Ding Wen who is fluent in six programming languages. His newest creation, an iPhone drawing game called Doodle Kids which he wrote for his younger sisters, reportedly, racked up over 4,000 downloads in just two weeks. Doodle Kids allows players to sketch with their fingers on the iPhone's screen and someone commented that it was awesome that such creation would come from a nine year old. Now, I wonder if Lim Ding Wen is a product of the Kiasu culture said to be prevalent in Singapore. Kiasu is a Hokkien (a Chinese spoken variant) word which literally means fear of losing and is used to describe the social attitudes and values of South East Asian.The kiasu attitude is afraid of losing out in a highly competitive society that people go to the extent of accumulating too much food on one's plate during a buffet lunch in case there is no more later, joining a queue many days in advance just to e…
6 comments
Read more

Delicacy from a Hero 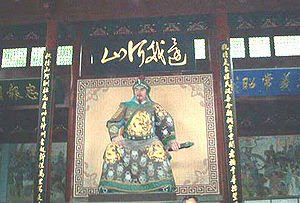 Yau Char Kwai
My late grandmother used to make very hard Yau Char Kwai. This is the long, golden-brown, deep fried strip of dough in Chinese cuisine which is usually eaten for breakfast with porridge or coffee. Surprisingly, this delicacy is linked to one of the most beloved Chinese hero, Yue Fei (1103 - 1141) who came from Tangyin in Xiangzhou in today's Henan Province in China. Yue Fei was a great Song Dynasty general, famous for wars against the Jin Dynasty . His troops continuously won wars against the Jins and his successes breed envies to the Song Dynasty Prime Minister, Qin Kuai who with his wife hatched an evil plot to have the general murdered in a jail when he was just 39. After his death, a pastry vendor kneaded a piece of dough into two human shapes, standing for Qin Hui and his wife. He then twisted them together and put them into the boiling hot oil in his cauldron and viola! We had Yau Char Kwai or You Tiao in China and all over Asia!
4 comments
Read more

By footiam - February 02, 2009
Fancy this. The Star Paper carried an article on jumping corpses. It seems that in Kampung Tembioh, a village in Kota Tinggi, Johor, Malaysia, five bundles – believed to be hantu pocong or jumping corpses which smelt of camphor and frangipani were found near the riverbank of Sungai Johor. Two friends who went there fishing had initially seen a bundle which looked like a corpse covered with white cloth appearing out of nowhere. Later that night, four other bundles appeared. The five bundles were all of different sizes giving the impression that they were a family of two adults and three children. The article reminded me of the Chinese vampires called Jiang Shi (stiff corpse) that can hop around and kill living creatures to absorb life essence from their victims. Korean called these vampires gangshi while Japanese called them kyōshi or kyonshī. I remember there were Hong Kong movies on these vampires in the 80s which were very popular; most notably, Ricky Lau's highly acclaimed cult…
8 comments
Read more 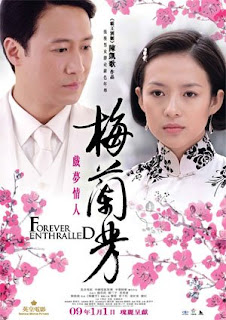 I first heard of Mei Lang Fang in the mid-80s. An American penpal of mine who was teaching English in Japan asked me about this Peking Opera star who entered the Peking Opera at the age of 8, debuted at 11, and began touring with the Xi-Lian-Cheng Theatrical Company at 14, playing the dan or female roles. If you have watched Chen Kaige's excellent Farewell, My Concubine which starred the late Leslie Cheung Kok Wing and Gong Li, you'd have an idea of what Mei Lang Fang's life was all about. Those days, children might entered opera training because their parents could not feed them but in Mei Lang Fang's case, he was born into this rigorous occupation. Both Mei Lang Fang's father and grandfather played dan roles, and his son, Mei Baojiu, succeeded him at the Mei School of Beijing Opera. Mei Lan-Fang however stood out as he perfected both the Qing Yi (noble woman) and Hua Dan (vivacious woman) roles and took their enactment to new heights of realism. When my penpal as…
9 comments
Read more
More posts